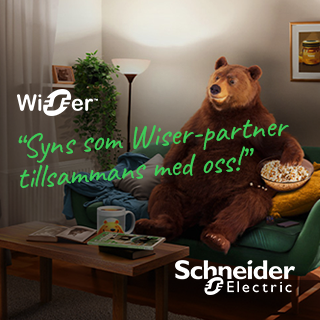 That’s one of the words describing Chris Erikson’s feelings after the US election. As Business Manager of IBEW Local Union No.3 in New York, he was worried.

– Donald Trump and his government have injured the labour union movement enormously during these four years. Much of that which started with Barack Obama as president disappeared. Another four years with Trump would have been devastating, he says.

That’s the other word describing his feelings.

– With Joe Biden, decency is returning to the White House. We need a leader who can unite our country again, irrespective of political color, skin color, age, gender. The US is facing big challenges right now. Jobs, racism, poverty, climate.

Chris Erikson’s labour union has 28 000 members, 13 000 of which are electricians. Some of them rooted for Donald Trump, while others hoped for Joe Biden. Still, the organization chose to offer its official support to Joe Biden’s campaign.

Their influence on the courts of law is going to affect workers’ rights for decades to come.

– Both IBEW nationally and us in Local 3 supported Joe Biden. Some labour unions took a vote before choosing a side. There’s big diversity in our organization, and I of course respect the right to vote for whoever you like, whatever your reasons. But I and my colleagues in leadership have been elected to do what’s best for all our members. The most important thing of all is to understand that the only function of the union is to work for the best of its members.

In this election, Chris Erikson saw only one option: Joe Biden.

He holds that major damage has already been done during Donald Trum’s four years at power – and that reparations are going to take time.

– He appointed fifty federal judges, often young conservatives opposing labour unions. They are appointed for life! Their influence on the courts of law is going to affect workers’ rights for decades to come.

Not least, he is thinking of the Supreme Court, where legendary judge Ruth Bader Ginsburg passed away just before the election and Donald Trump hurriedly appointed – again, for life – the strongly conservative Amy Coney Barrett.

When talking about what another Trump year would have been like, he refers to senator Bob Casey, Pennsylvania, who describes a USA without labour unions as a country that is no longer a democracy.

Chris Erikson says that the country could easily have ended up like that.

– How, you wonder? Well, you can end up there if you have a Republican majority in the Senate and the House of Representatives, who are afraid of a lunatic president in the White House – and who are simultaneously driven by big business and company lobbyists, and therefore disbands the National Labor Relations Act. Or if you have a conservative Supreme Court that bans labour unions as corrupt, evil organizations.

The US had big problems, the polarization and hatred was destroying us. We needed a leader, we needed change, we needed Joe Biden – and we got it.

Chris Erikson talks a lot about solidarity. He holds that the workers, in every respect, would have been the biggest losers with Donald Trump remaining in power, in a society where everyone thinks about no one but themselves.

– The people around him don’t care about the economic interests of workers. No health care, no pensions, no middle class, no labour unions. Those would have been the ambitions of Donald Trump, he states.

In many ways, however, he now sees a brighter future.

– To many of our members, not least the female electricians, it is exciting that Kamala Harris – a black woman who now shatters the glass ceiling – becomes vice president. I think they are also convinced that she is qualified to take yet another step up if something were to happen to president Biden.

He considers for a while, then summarizes:

– The US had big problems, the polarization and hatred was destroying us. We needed a leader, we needed change, we needed Joe Biden – and we got it.